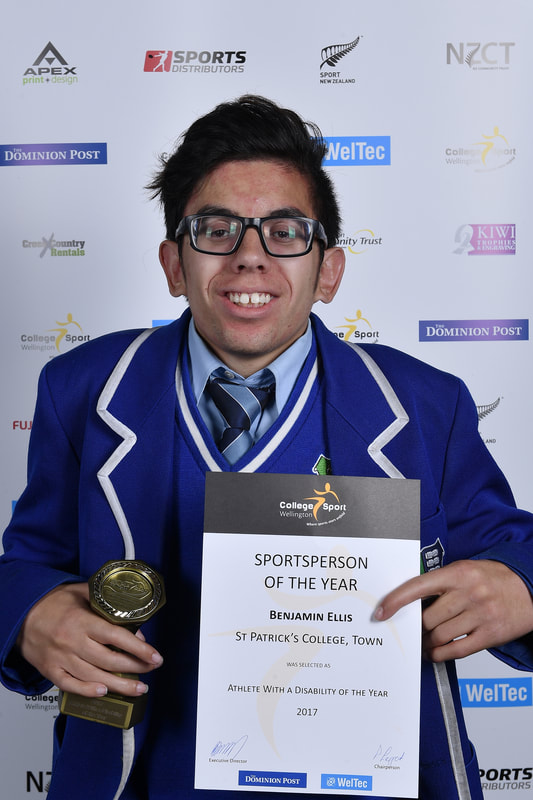 Ben Ellis – CSW Male Athlete with a disability of the Year

“I hadn’t thrown a discus for six months. I had a practice throw the day before and it felt good. On Sunday I was a National Champion and record holder.” Ben Ellis recalls of his performance at the National Secondary Schools athletics championships in Auckland in December last year.

Imagine having your ankles shackled together and walking on your toes all day. This is the agony Ben Ellis has endured his entire life.

“I can’t extend my arm like a normal person and struggle with basic flexion in my legs. I basically walk on my toes, which gets painful after a while but I have grown use to it,” Ellis elaborates.

Ellis dabbled in rugby, football and futsal, but it wasn’t until he was urged to get involved in athletics, he discovered his true sports calling.

“I got into throwing a discus when I was in Year 9. I hated it at first, but I kept at it because I was inspired by a Liam Malone speech at school. Two years ago I won the regionals and thought I might as well have a crack at the North Island’s. I won that to and started to like it.”

Ellis competes in the T43 (lower) or T45 (upper) body impairments classes. The later classification is where he most frequently competes. Ellis is coached by Wellington throwing guru and former National representative Shaka Sola.

“Shaka has taught me how to throw like an able-bodied athlete which has helped me increase my distances and forces me not to think about my disability,” Ellis acclaims.

In 2017, Ellis successfully defended his regional title, but hasn’t competed for several months after to surgery to remove his appendix. However his talent and promise has been recognised by Paralympics New Zealand. Ellis was one of only a dozen individuals selected in a National training squad for promising athletes.

“That was a surprise and a big deal. It’s great to have that support and I learned a lot at the camp in August in Auckland,” Ellis enthuses.

It was a big deal for Ellis winning the College Sport Wellington disabled athlete of the year award on Sunday night. Ellis joins paralympic swimming champion Mary Fisher as one of the select few to have claimed the prize.

Ellis will compete at the National Secondary Schools championships in Hastings in December. Despite little preparation, past form indicates Ellis will step up when it counts.

In 2018, Ellis is having a gap year. He plans on working at Thorndon New World while fundraising for trips to the Australian and Victorian championships.