Congratulations to the following Wellington students who have been selected to attend the New Zealand Schools development camp in Palmerston North next weekend.

The three-day camp in Palmerston North will culminate with the New Zealand Schools and New Zealand Barbarians Schools teams being named.

Of the 53 player selected, 26 schools are represented from 12 Provincial Unions.  Of the selected players, experience comes in the form of nine players who were involved in the 2017 schools programme, while Sam Smith represents Heartland Unions out of Wairarapa College. Saint Kentigern has the most players selected, with eight, followed by Christs College and Scots College with four players each.

The teams will be announced on 23 September.

The Full Squad is: 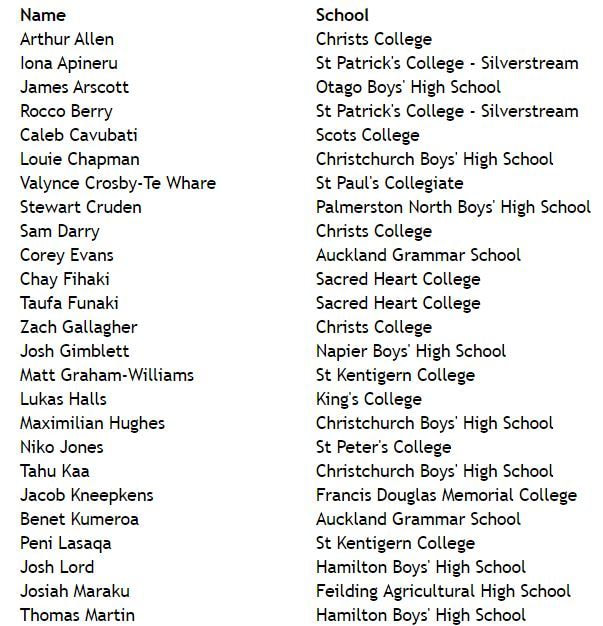