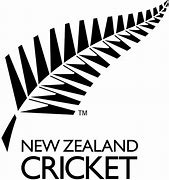 The inaugural New Zealand Māori Schools side to play a Governor General’s XI in Wellington next month will feature players from all six Major Associations.

Northern Districts, and one each from Auckland, Wellington, Canterbury and Otago.

It will be coached by Mark Borthwick, formerly of the Wellington Blaze.

NZC Network and Participation Advisor Andrew Tara said the introduction of the NZ Māori Schools side was part of his organisation’s push to better connect with Māori.

“NZC’s over-riding strategy is for cricket to be a game for all New Zealanders, irrespective of race, religion, gender or sexual orientation,” he said.

“This is one of the ways we hope to extend the game’s reach and make it more accessible to under-represented communities.”

NZC has already made advances in this area, having last year implemented a range of modified playing programmes designed to make the game more welcoming, relevant and dynamic for junior and youth cricketers.

Mr Tara said the Māori schoolboys team, supported by the New Zealand Cricket Players Association and School Sport NZ, attracted 46 nominations and a high calibre of potential candidates – three of those selected are members of the New Zealand Under 19 squad.

The team, which will play a Governor General’s XI including former international Hamish Marshall on March 7 at Karori, will stay at the Tapu Te Ranga Marae in Island Bay