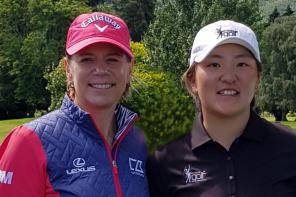 The event will be played at Bella Collina, in Montverde, Florida March 4th-8th and is for age grade players.

The Major Champions Invitational is an opportunity for the legends of the game to support and develop the next generation of golfers. Players will compete on a team of four, representing the champion that selected them as well as individually in age categories for boys and girls.

This will be an unforgettable experience with six-time Major Champion Sir Nick Faldo and others spending time with the players, to share advice from years of experience at the highest level of the game.

Darae’s invite came as a result of her performance in the Annika Invitational in a December.  Her performance charging up the leader board in the final round didn’t go unnoticed and resulted in this invite.